Making The Best Of A Bad Situation 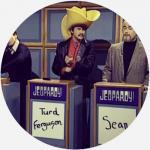 By WJP,
July 26 in General Discussion